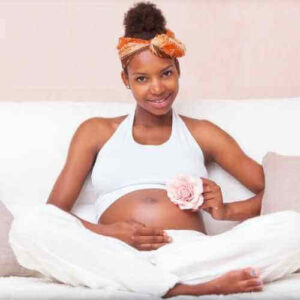 The first three months of my pregnancy were a nauseous blur. Every day was a tug of war between praying that I would not throw up and hoping that my morning sickness would result in me throwing up already so that I could be free of the feeling of nausea. I could not wait to get out of that first trimester and into the second trimester of pregnancy. Everyone promised me that it was the worst part.

When is the second trimester of pregnancy?

The second trimester of pregnancy covers the 13th to around the 28th week of pregnancy. It’s when pregnant women generally assume that they’re “out of the woods” as the possibility of miscarriage is lower. This is also probably why the 13 week mark is when pregnant women will announce their pregnancy to family and friends. If you’re in your first trimester right now or nearing it and having some bad sick days, you may have been told to hold out till the second trimester.

What they told me turned out to be true. By the 15th week or so, I was better. At the 20 week mark, I felt more like my “old self”. The nausea eased considerably and eventually went away. I read plenty about headaches cropping up from week 13. Cramps is another one that was on my mind as a “what to expect” symptom. I did not experience either of those. No heartburn either. However, the second trimester brought with it other pregnancy symptoms that I was not prepared for.

You may also like: How motherhood will change you

Symptoms I experienced during my second trimester of pregnancy

My 2nd trimester pregnancy pains were frequent and varied and I remember every bit of it like it was yesterday. There were five outstanding symptoms I experienced that I remember very vividly because they threw me for a loop.

You could have missed that I was pregnant for the first part of my second trimester. Especially if you did not know me very well. I was not carrying big at all. Except that any amount of exertion had me panting for breath. I was breathless just from short telephone conversations. I always thought that only happened to heavily pregnant women. I made sure to speak with my midwife about it and got tested for a couple of conditions that have shortness of breath as a symptom during pregnancy. Fortunately, I was fine.

This was because my skin on my belly was expanding. Even the skin around my belly button was itchy. Of course it’s totally logical as the skin was stretching but it’s one little symptom that I did not expect. It was also a harmless symptom in the larger scheme of all the other things that were happening to me. You could look a little crazy scratching your itchy abdomen in public though. I learned to keep up with moisturising my entire belly more than once each day.

The veins in my thighs and the backs of my hands were suddenly popping and a brighter blue than usual. As time went on, the veins were visible all over my body. I could see veins where I had never seen them before. Visible veins during pregnancy are not unusual, I later learned from my doctor. There was more blood pumping to keep up with the hard work of growing my baby, I learned.

This began in the second half of my second trimester. In the space of maybe two days, I went from feeling a niggling little pain in my lower back to a horrid burning pain all the way around my pelvis. At that point, I was still carrying fairly small but my pelvis felt like it was holding up an 8 kilo weight. Maybe more.

My midwife suggested I look up pelvic girdle pain exercises online and see if those helped. The pain was so bad that I could not do the exercises. Finally, I did my own research online and saw a chiropractor who was experienced with pregnant women. I do not know what he did but I heard some cracks and creaks and then magically, I felt amazing. I almost skipped out of his office.

Unfortunately, the relief only lasted about twenty-four hours before the pain came back. I dealt with it the rest of the pregnancy. The combination of that pain with seemingly endless hours of contractions was something else, let me tell you.

Luckily, I did not have pelvic girdle pain after pregnancy.

Standing up too quickly and eventually, any other kinds of quick movements, led to such dizzying moments that I would sometimes have to just sit down wherever I was. Even if there was no chair available. I sat on the floor quite a few times just to steady myself. Lying on my back was also out of the question for me. It did not help that the warm weather started unusually early that year.

It may not sound like it but my second trimester of pregnancy was overall fairly enjoyable. Towards the end of my second trimester, I started to make sure I was spending more time outside, even if I was could not walk much. The fresh air helped a lot with dealing with all the pain and discomfort. 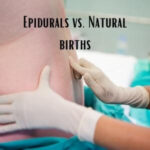 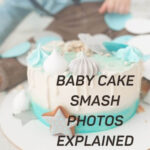 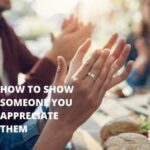 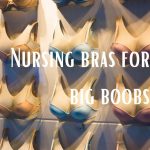