England vs Germany: Our honest experience so far 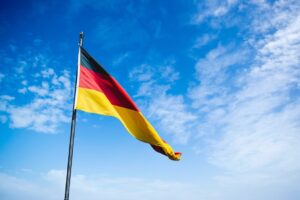 It’s been six months since we were last here in Germany and just over two weeks since we came back. In the time since we’ve been back, the cultural differences between England vs Germany have hit me all over again! Before I go on, I must preface this by saying that we (as a family) like Germany. We love a lot about the part we’re in at least!

The other parts of Germany I’ve visited in the past, I can’t remember clearly enough as I was very young. This also means that everything we say here is from the perspective of having lived in one part only. What we say in this post is only meant as a set of observations, even though a lot of them may come off as sounding rather harsh 🙂

The England vs Germany debate has been frequent here at home, naturally and also funny as we each defend both sides alternately and sometimes lose track of which side we’re supporting!

You may also like: Moving to Germany from England

German efficiency is true. Just don’t apply it to the transport system. Cancellations are the order of the day. Get ready to be amazed by delays and cancellations, often with zero communication as to the occurence. If you don’t plan ahead to arrive at a destination way in advance, prepare to be shocked. This applies to buses, trains, and flights (oh Lord! don’t get me started on the number of nights lost on cancelled flights from German airlines – no apologies from the airlines whatsoever). The interesting thing is that most Germans, from my limited knowledge and experience as we speak no German, don’t seem frazzled when a delay or cancellation occurs. Come to the UK and you’ll know what pissed off really means if there is a train delay. All sorts of expletives flying around with grunts…

For a country as advanced as Germany, third to the US and China in terms of GDP, the internet connection is one of the slowest. Whilst from our experience, we were enjoying speeds of 20 MBps in the UK in 2008, in Germany, we’ve been grappling with speeds of around 5 Mbps. The internet connection is so slow, that I am still waiting to sync my cloud items (all 35+GB) to my laptop. I have given up. England vs Germany in the competition for efficient internet speed, England wins hands down.

3. There’s no such thing as a leisurely grocery check out

Sure, you can take a stroll through the aisles in stores like Aldi and Rewe (although it might take a bit of maneuvering…see the next point) but when you get to the tills (check out counters)…boy! You better be ready to move it along quickly! In the UK, you’ll largely have the person behind the till ask how your day is going and/or patiently wait for you to pack up your things before starting on the items of the person behind you. They often assist with packing in the UK, depending on the person or how busy the tills are. Experiences in Germany are different.

An anecdotal account of one of the reasons for Tesco failing in Germany was the fact they helped customers bag items at the till. I was flummoxed when I heard of this but now I understand. In Germany, you get a greeting (which so far has always been better than a robotic or bored one, I must say) followed by your items being put through at breakneck speed.  They’re often tossed down the other end and you’re expected to have cleared them out and finished paying quite rapidly. Delays of any sort are often met with scoffs and stares from the cashier and customers around who are in a rush to leave. In a competition of England vs Germany for allowing customers to breath while packing, England wins.

We might be alone in thinking this but the aisles in stores here seem small. Much smaller than those in the UK. They are not the easiest to navigate with a trolley and even with our smaller-than-average baby stroller.

You may also like: German recipes – Tasting Our New Home

This might be unique to the city/region we reside in but it has been surprising to not see the general brands which are widely known and a unique assortment of grocery products you can’t get elsewhere (well from my limited travels). Germans love nuts and it is apparent in the variety of nut snacks, cereals, spreads, etc. Simply mind blowing the amount of nut products they have. On the other hand, I can’t get my standard Kellogg’s cereal or mackerel fish in a can anywhere – these are just some things I have observed.

Where we live, whether you’re passing by a stranger on the street, getting into a lift or going into the waiting room of a doctor’s office, you’re sure to receive a greeting of “Guten tag” from at least one person. On leaving somewhere, you are often greeted, goodbye, good weekend or some other generic greeting. This is not the case in the UK for instance, where one would assume politeness should be second nature. In the England vs Germany common courtesy debate, Germany wins for me.

Reviews at restaurants should be taken with a pinch of salt. If they say spicy, don’t expect it because spiciness levels are very low here. If they give a restaurant rave reviews, think twice before going. Good reviews are often because the portion sizes are significant. Germans tend to eat a lot of carbohydrates and sweet pastries (konditerei) and yet they are quite fit. Perhaps this has something to do with their active lifestyle, genetics, and the fact that they are generally taller than the average European. Anyway, get ready for potatoes and bread. Lots of it. In terms of trusting reviews, German vs. British, British restaurant reviews win.

Particularly if you are an expatriate, desperate, speak no German and are not aware of the laws, please be very careful. Make sure you join a renters association to at least get some support, but alas most work purely in German so the short of it all is, speak German or don’t rent if you don’t want to lose money.

Now this might not come as a surprise to you as the general perception of the German attitude is that it is culturally one of being very straightforward. This has rang true for us so far…for the most part. And I really do appreciate it. There’s no beating about the bush or sugar-coating and intentions are made clear from the outset. Responses often come off as downright rude or standoffish and it takes some time to understand it is just the culture and nothing to do with rudeness. It sure does come off as rude though.
An example of this was when I decided not to be admitted in the hospital for a minor ear injury. The doctor came back with a waiver form to be signed and simply said “sign that we told you to be admitted and you refused. Incase you die as a result of not being admitted it is not our responsibility. I believe the statement was a lot harsher than I have phrased.

10. The indirect (or not so indirect) bias and racism

People we know here have been rejected from renting simply because they are of a specific nationality and would stink up the property with their ethnic food, or because they are noisy, or because they have kids. If you are of an ethnicity outside of European, prepare to be asked “where are you from?” as a beginning conversation before anything else. If you are European by birth and you mention a country in Europe, prepare to be quizzed further as to where you are originally from. Shocking but this always happens. Sometimes, there’s the additional “oh, you speak good English…” What the f…? English is not only spoken by Europeans or is it?

What customer service? Just end it here. You either want the goods, product or service or you don’t. Don’t expect to be wooed, don’t expect attention, don’t expect anything. Period. The items sell themselves. Take it or leave it. For those from Britain or the US, prepare to be gobsmacked.

Did I miss anything? Have you observed any of the above having lived in/visited Germany? Or do you disagree with me on any of the above? Let me know in the comments below.

Keeping up with the housework when you have school-age children can be difficult. That means that getting any housework done with a baby at home 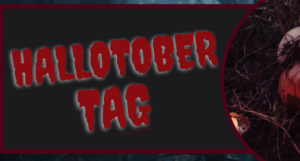 I’m taking part in the Halloween blogger tag. Thank you to the lovely Pea Green for nominating me! Check out her amazing blog and her 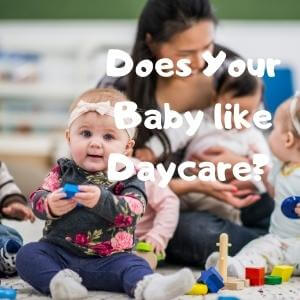 How to tell if your baby is happy at daycare

You can be at peace sending your baby off to daycare if you know that your baby is happy there. The question is, how do 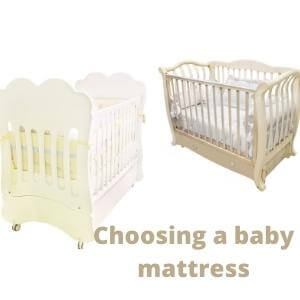 How to choose the best baby crib mattress

How do you know that you’ve found the right baby crib mattress? There are many things to consider when you are about to have a

Kin Unplugged partners with several affiliate programs. This means that, at no additional cost to you, I may earn a commission on sales of purchases made through this website and any Kin Unplugged social media platforms. All views expressed are mine.